The Ultimate Beginners Guide To The Rules Of Golf

Anyone looking at rules of golf can be quite overwhelmed at first, as they can be seen as complicated and strict. However if this is the case for you, in this beginners guide to the rules of golf, we will explain everything to help you play the game correctly!

Obviously the main focus of the game is to get a golf ball in the cup in the fewest strokes possible. Yet, of course there are many rules in between which make for a fair and exciting sport.

So let’s get into it and I hope you enjoy reading this ultimate guide to the rules of golf!

In this first part we will focus in on the general rules of play. Here are the key rules to note:

#3 Rules For The Tee Box

It’s always worth double checking you tee off in the correct place, as a two shot penalty is given in stroke play should you tee off outside the tee area and you will then have to tee off from the proper location again!

Hopefully you found reading the rules of golf interesting and not a bore! Although there are many rules and they can be a little confusing, this ensures everyone has a fair round and can enjoy the game we love!

Let us know if we’ve missed anything by leaving a comment below. Take care and enjoy your next round of golf!

How To Turn Your House Into A Golf Practice Ground

What Is A Hybrid Golf Club

The Best Golf Clubs for Beginners

Top 10 Golf Tips For The Beginner

We will be happy to hear your thoughts 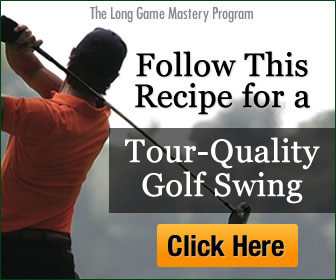 The Ultimate Beginners Guide To The Rules Of Golf

How To Turn Your House Into A Golf Practice Ground

Some links on our website are affiliate links, meaning, at no additional cost to you, we earn commissions if you click through and make a purchase. Read our terms and conditions for more information.